Festival of Ten: Revisited | Kids Out and About Ann Arbor / Detroit 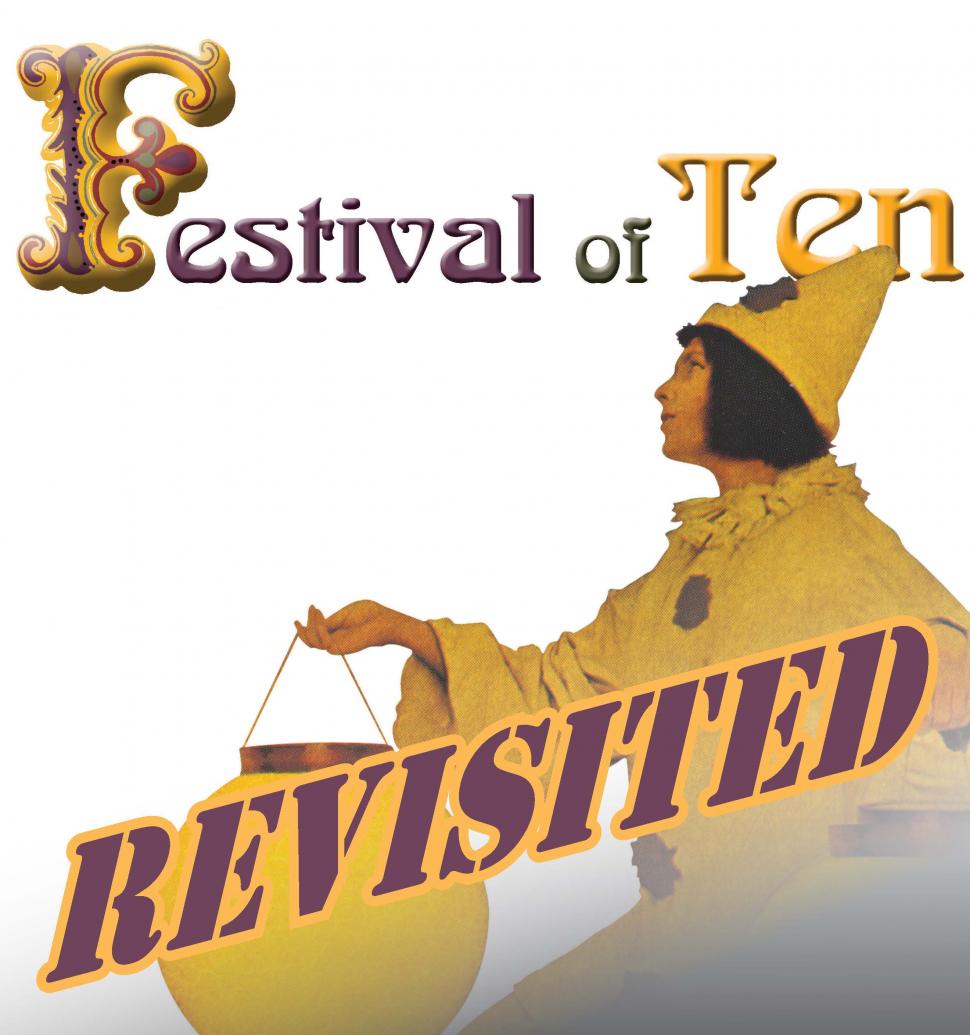 Join us for "Festival of Ten: Revisited." This weekly series will feature some favorite plays that have appeared in prior editions of the Festival, conveniently streaming on Facebook.
Click here for more information about this activity
Please help us keep this calendar up to date! If this activity is sold out, canceled, or otherwise needs alteration, email mindy@kidsoutandabout.com so we can update it immediately.

Twenty-four years ago, the Department of Theatre and Music Studies at SUNY Brockport produced their first 10-minute play festival, Festival of Ten. Somehow, nearly a quarter-century has flown by, and we find ourselves in the midst of a pandemic. Theatre practitioners of all stripes are itching to get back to work, but until that is determined to be a safe undertaking, they have turned to putting together all sorts of streamed, virtual events. While the Department of Theatre and Music Studies is gearing up to reveal Festival of Ten XII this coming May, several alumni have gotten together to take part in Festival of Ten: Revisited. This weekly series will feature some favorite plays that have appeared in several editions of the Festival, which had its first appearance in 1999. The free series will be streamed on the department’s Facebook page (facebook.com/ brockporttheatredept) and on the Fine Arts Series’ Facebook page (facebook.com/Fine-Arts-Series-at-SUNY-Brockport-93222153543) beginning on Friday, February 19, 2021, with new plays uploaded each Friday thereafter, through April 16. Nearly everyone who graduated with a Brockport theatre degree in these last 25 years has been involved in the Festival in one way or another. Knowing that, Professor Davida Bloom and Associate Professor Ruth Childs made overtures to alumni whom they thought might be good candidates to direct a former Festival play of their choosing. Entries in Revisited span from editions III to X. According to Bloom, she and Childs “narrowed down the list to plays to those that had four or fewer characters, and we sent the list to the directors and they picked the plays they wanted to direct. The directors had full reign to cast whomever they wanted in their plays.” The 10-minute format is more difficult than it might appear. As with any play, the piece needs to have a beginning, a middle, and an end. With less time to develop characters, the playwright is automatically challenged, as are the actors and directors, who are trying to convey the playwright’s intention. Regardless of any inherent challenges, the Democrat and Chronicle has called the Festival of Ten “a titillating offering of sophisticated, diverse and fulfilling theatre.” The folks who populate the Department of Theatre and Music Studies are hopeful, of course, that Festival of Ten: Revisited will whet people’s appetites for Festival of Ten XII when it premieres on May 7. The Plays of FESTIVAL OF TEN: REVISITED February 19: Bloodmatch.com by Maximillian Gill (VIII, 2013) Directed by Shannon Toot ’15 Sharing immortality with someone special isn’t as easy as it sounds.Not when you’re a nerd of a vampire. February 26: Bride and Groom in the Graveyard by Robert Montenegro (VIII, 2013) Directed by Jerry Argetsinger The wisdom of dead fathers reaches from beyond their graves to help a confused pair about to marry. March 5: Titanic Revisited by Peter L. Levy (VI, 2007) Directed by Shannon Toot ’15 As the famous ship sinks, selflessness rises to the top as a plan to save a life is hatched from the most unexpected of sources. and Do I Look Like Your Wife? by Jay MacNamee (VI, 2007) Directed by Ruth Childs When facing their final moments in the midst of tragedy, two strangers turn to each other to confess their deepest feelings. March 12: In a Perfect World by Jan Hanagan (V, 2005) Directed by Michael Krickmire ’72 What’s a girl to do when up is down, in is out, mom is dad and gay is straight? March 19: Squirrels in a Knothole by Peter Stavros (X, 2017) Directed by Jerry Argetsinger Hawks are there to remind us that you should live life to its fullest. You could get run over by a bus tomorrow. March 26: Martha’s Choice by Rich Espey (V, 2005) Directed by Ruth Childs Darwin’s theory of evolution is re-examined, as lesser primates prove to be a smarter, kinder species than their human captors. April 2: Horizons by Robert Fletcher (IX, 2015) Directed by Jared Lee Morgan ’16 When two strangers meet on a train platform, you can assume that they are each taking a trip. But never assume why they are taking that trip. Or if what they offer is the real reason. April 9: Coffee Card by Ed Scutt (IV, 2003) Directed by Stephanie Paredes ’04 Corporate interests battle customer service when a patron’s loyalty card is challenged due to improperly punched spots. If only the Bush/Gore decision was determined so comically. April 16: Defrost by Tony Foster (VIII, 2013) Directed by Jay O’Leary ’15 How does one bid farewell to their single life when moving in with someone?Probably not with a frozen dinner.

*Times, dates, and prices of any activity posted to our calendars are subject to change. Please be sure to click through directly to the organization’s website to verify.